Share a memory
Obituary & Services
Tribute Wall
Read more about the life story of Geraldine and share your memory.

Geraldine Barbara (Hovanec) Gaydos finished her race of 92 years on January 13, 2023 at the home of her daughter Janet (and Frank) Berkemeier in Jackson, MI where she had resided nearly three years.

“Geri” was born November 29, 1930 in Denver, CO where her parents were part of the Westward migration seeking to find their fortune in mining silver. When she was five years old, her family moved to Gary, IN where there was an abundance of work in the steel mills and where their Slovak relatives resided. Geri loved school, especially Language and Arts, and by the 8th grade she knew she wanted to pursue college. She graduated from Loyola University of Chicago with a BA Education, then met her beloved husband, John, a dashing Purdue engineer at Chicago’s University Club. On July 31, 1954 they were married.

While living in Illinois, Geri and “Jack” were blessed with their first three children John, Jeff, and Janet. While Jack built his career as an engineer by day and studied law by night, Geri managed the home front, taking care of the kids while still finding time to assist Jack by typing his papers. Their young family then moved to Kalamazoo where Joanne was born and subsequently to Elkhart where Julie was born, and they established long term roots. While the kids were in school, Geri taught grade school at St Thomas the Apostle and earned her MA Education from Indiana University of South Bend. Geri’s trailblazing as one of the few college-educated women of her day fueled her and Jack’s enthusiasm for women being able to pursue higher education and their tireless support of their children and grandchildren’s academic adventures.

Geri and Jack were very social, especially with decades-long friendships made at St Thomas, the Elks, the YMCA, Winers and Diners, and Stag and Doe golf and bowling in Elkhart. Jack encouraged her to learn golf, and she increased his interest in music; most of the kids and grandkids have golf clubs and/or musical instruments as treasured gifts from them. They also loved to travel, making memories around the globe, snowbirding in Florida, all the while prioritizing cheering on their grandkids at their extracurricular events around the midwest. As Geri’s grandchildren grew, she often joked that she did not want to go too far away for too long lest she miss out on memories with them. At the ripe age of 88, she fulfilled a dream of leading a family pilgrimage to the Holy Land, and she continued to have social engagements planned up to the day she passed.

Geri will be terribly missed, especially by her family. She will be remembered for her compassionate listening skills, graciousness, generosity, and fun-loving disposition. We will all miss her homemade nut rolls and poppy seed rolls, fresh fruit pies and blueberry pancakes and will treasure the memories of working alongside her in the kitchen, as recently as last week. She was an advocate for women and thrived raising her five children. Geri, together with her husband, Jack were also philanthropists, having established the John & Geraldine Gaydos Scholarship with the First Catholic Slovak Ladies Association (FCSLA).

Please join us in celebrating Geraldine’s life starting with the visitation in JACKSON, MI on Thursday, January 19, 2023 from 4:00 to 7:00pm with Rosary at 6:00pm at the Lauer Funeral Home, 1035 Cooper Street; and funeral in ELKHART, IN on Saturday, January 21, 2023 at St Thomas Catholic Church with visitation beginning at 10:00am, prior to the Mass of Christian Burial at 12:00 noon, followed by interment at St Vincent’s Cemetery.

To send flowers to the family or plant a tree in memory of Geraldine Barbara (Hovanec) Gaydos, please visit our floral store. 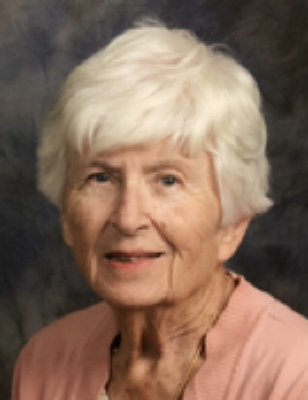