Share a memory
Obituary & Services
Tribute Wall
Read more about the life story of Helen and share your memory.

Helen Free, 98, passed away on May 1, 2021 at Greenleaf Health Campus in Elkhart, IN. She was preceded in death by her husband, Dr. Alfred H. Free who passed away in 2000, and her brother Robert Murray who passed in 2008.

Helen’s early education came from the public school system of Youngstown, OH. She graduated as valedictorian of Poland Seminary High School in 1941. As a youth, she attended a summer camp at the College of Wooster, and following that experience, her heart was set on attending Wooster. She enrolled initially majoring in English and Latin, in hopes of becoming a teacher. Following the bombing of Pearl Harbor in 1941, many young college men enlisted or were drafted into the military, depleting many students. Helen was approached by her house mother who wondered if she would be interested in changing her major to science. Helen agreed and switched to chemistry. She graduated in 1945, and said “her switch to chemistry was the most terrific thing to ever happen to her.”

After graduating in 1945, she moved to Elkhart, IN, and took a job as a quality control chemist at Miles Laboratories (creators of Alka-Seltzer, Bactine, and One-a-Day vitamins). However, she aspired to be a researcher as opposed to working in quality control. When Dr. Alfred Free had a position open up in his newly-formed biochemistry research group, she interviewed and got the position. In 1947, they married. Al and Helen worked together for over 50 years.

In 1956, she and her husband Alfred perfected Clinistix,the first dip and read test to determine the presence of sugar in urine. This test made it easy to determine if someone had diabetes. They also developed tests to monitor the amount of sugar in blood. This blood testing has made it possible for millions to monitor their diabetes at home and easily manage their care. The brand is still sold today as Ascensia diabetes care.

The pair of researchers also developed a number of additional urine tests including those for bilirubin, ketones, specific gravity, blood, Ph, protein, urobilinogen, nitrite, and leukocites.

While holding 7 US patents, she was among the first 200 inductees of National Inventors Hall of Fame (along with the likes of Edison, Michaelson, Wright Brothers, and Tesla). Her 2000 class of inductees included her husband Alfred, Steve Wozniak, and Walt Disney. She was a longtime member of the American Chemical Society where she was president in 1993. She also held active membership in American Association of Clinical Chemistry, American Society of Medical Technology, American Cancer Society, American Association for the Advancement of Science.

In 2009, she was awarded the National Medal of Technology and Innovation, which was presented to her by President Obama at the White House.

In 2010, she and Al were honored with an ACS National Historic Landmark for the origin of Clinistix.

Helen was active in many community groups and causes including Altrusa, Tri Kappa, Elkhart Literacy League, and AAUW.

She was a founding board member of ETHOS and given the title of ETHOS Board Member Emeritus.

In spite of all these leadership positions and awards, she was just as much known for her kindness, outreach, enthusiasm, and encouragement. She and Al were tireless in working with and encouraging youth including participating in STEM, science fairs, giving scholarships, and conducting Miles tours.

She demonstrated concern for others over self all the way up to the last moments of her life.

In lieu of flowers, donations may be made to ETHOS, the National Inventors’ Hall of Fame, or the American Chemical Society.

To send flowers to the family or plant a tree in memory of Helen M. (Murray) Free, please visit our floral store. 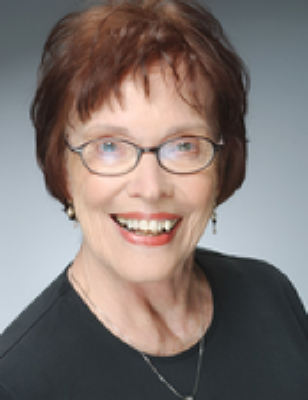