Share a memory
Obituary & Services
Tribute Wall
Read more about the life story of John and share your memory.

John was born on February 6, 1939, to the late Charles and Florence (Post) Bond in Leroy,

John was preceded in death by his parents, his wife Marie, son Steven Ray Bond, grandson Jordan Lee Bond and siblings Richard Bond, Charles (Chuck) Bond, Margret Nicholls and Rose Prentice. He is survived by his children: John (Judy) Bond of Edwardsburg, Michigan, Tom (Opal) Bond of Middlebury, Indiana, Malena (Tom) Herr of Jamestown (Jimtown), Indiana and Janet Crane of Crown Point, Indiana. He is also survived by many nephews and nieces and his beloved grandchildren and great-grandchildren.

John worked 40 years for the Railroad Industry including Erie Lackawanna, Penn Central, Conrail and finally retiring from Norfolk Southern. John then went back to work for the Indiana Toll Road retiring a second time. John was a veteran of the US Army and belonged to the American Legion Post 143 in Bristol, Indiana. John had a love for animals, being outside watching his birds, gardening, bass fishing and enjoying his membership with the Cass County Conservation Club.

He was a comedian who loved to make people laugh. Most of all he loved being with his family, especially his grandchildren and great grandchildren.

A Celebration of Life will be scheduled for late spring or early summer.

To send flowers to the family or plant a tree in memory of John Lee Bond, please visit our floral store. 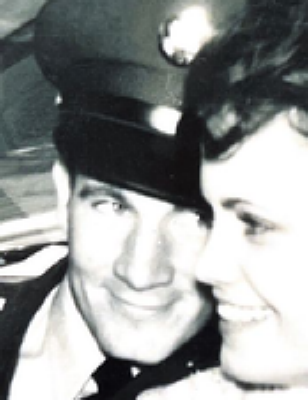 Family and friends are coming together online to create a special keepsake. Every memory left on the online obituary will be automatically included in the book.

You can still show your support by sending flowers directly to the family, or by planting a memorial tree in the memory of John Lee Bond
SHARE OBITUARY
© 2023 Hartzler-Gutermuth-Inman Funeral Home Inc.. All Rights Reserved. Funeral Home website by CFS & TA | Terms of Use | Privacy Policy | Accessibility