Share a memory
Obituary & Services
Tribute Wall
Read more about the life story of Ronald and share your memory.

Ron was born on July 13, 1930 in South Bend to the late A. Lynn and Irene (Hammond) Minzey.  Also preceding him in death are a son, David R. Minzey and two sisters: Lynn Cassady and Connie Holton.

In 1963, Ron and Connie Wells were married in Elkhart. They have celebrated nearly 60 wonderful years.  Along with Connie surviving are three daughters: Melinda and Paul Romanetz of Niles, MI; Connie and Gary Hartnagel of South Bend, IN and Katie and Braden McCormick of Bristol, IN and son, Tim and Apple Minzey of Granger, IN and twelve grandchildren: Ben, Ted (Kortney) and Leo Romanetz; Maggie, Augie and Francie Hartnagel; Josie and Evie McCormick; Breckin, Kasem, Lincoln and Mali Minzey.

Ron graduated from John Adams High School in South Bend and also Indiana University in Bloomington.  While a Sophomore at I.U., Ron enlisted in the United States Army and served his country during the Korean War.  He returned home and completed his degree while also earning a varsity letter as a member of the track and field team.

In his business career, Ron spent time working at several companies and achieving personal growth and satisfaction at each one.  His greatest business success came later in life and over many decades, venturing out on his own as a serial entrepreneur.  He was the “go-to-guy” for his contemporaries as well as younger, up-and-coming entrepreneurs looking for guidance and opportunities.  Ron was involved, one way or another, in dozens of companies that still exist today.  He took pride in being a business mentor, advisor and philosopher, all in an effort to energize the entrepreneurial spirit of Elkhart County, which meant so much to him.

Visitation for Ron will be held on the 15th of November at the Hotel Elkhart from 5 pm until 8 pm.  A private family graveside service will be held at a later date at Rice Cemetery.  Hartzler-Gutermuth-Inman Funeral Home is assisting the family with arrangements.

In lieu flowers, the family has requested that memorial contributions be made to Camp Eberhart 10481 Camp Eberhart Road Three Rivers, MI 49093.

To send flowers to the family or plant a tree in memory of Ronald D. Minzey, please visit our floral store. 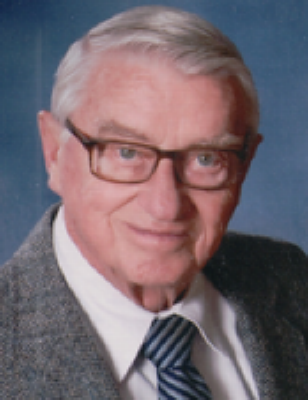